This is the second installment in a working paper series that utilizes the Terner Center California Residential Land Use Survey to assess the implications of California’s state and local policy for housing. The working paper series is published jointly by the CALIFORNIA ASSOCIATION OF REALTORS®’s Center for California Real Estate and the Terner Center for Housing Innovation at UC Berkeley. This paper series will examine a number of topics related to land use regulation; from the feasibility of ADU production to trends in segregation. Read the full paper here.

Accessory Dwelling Units (ADUs) are often cited as an untapped housing type in the push to increase housing supply and improve affordability. These small units—typically built on lots with an existing single family home—can densify the single-family neighborhoods that dominate California cities and often house caretakers, family members, or renters at more affordable rent levels. Despite the rising prominence of ADUs, little is known about the types of communities that build them or how local policies can incentivize or stymie their production.

To explore these questions, I relied on ADU regulation and permitting data from the Terner Center California Residential Land Use Survey. I constructed an ADU Regulation Index, which measures the relative restrictiveness of California localities by compiling data on minimum lot size ratios, maximum unit size, off-street parking spaces required, and fees exacted on ADUs. I found:

Mapping the regulatory restrictiveness of localities, as measured by my ADU Regulation Index, surfaces a radiating pattern. Localities located farther away from urban hubs like Los Angeles and San Francisco, as well as jurisdictions in the Central Valley, were more likely to be restrictive. 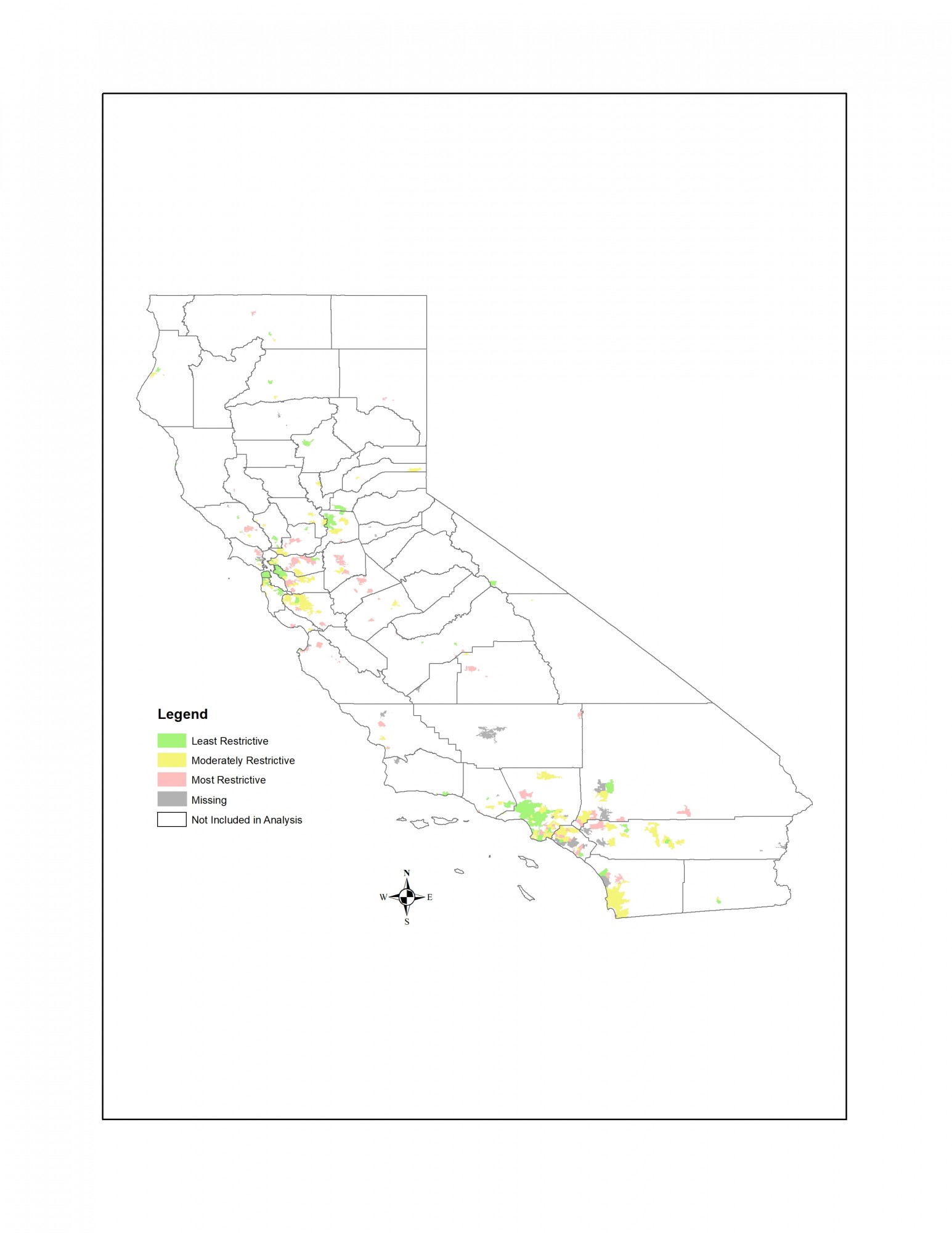 I did not find a statistically significant relationship between the frequency of ADU applications and housing affordability or the rate of aging in place. Theoretically, localities with higher housing costs could see more demand for housing units, including ADUs, which may obscure any affordability-promoting effects. Longitudinal research is needed to explore this relationship in more detail.