This post originally appeared on the Berkeley Blog on May 23, 2017. It shares insights from our recently released report Jumpstarting the Market for Accessory Dwelling Units: Lessons Learned from Portland, Seattle and Vancouver.

How did Portland, Oregon go from permitting two accessory dwelling units (ADUs) per month in 2009 to almost two per day in 2016?  Now, more than one of every ten housing units built in Portland is an ADU.

Compared to other housing types, ADUs, or separate small dwellings embedded within single family properties, are so affordable and easy to build that one might expect them to proliferate in our hot coastal housing markets. As our recently released study shows, a few Cascadian cities, like Portland, Seattle, and Vancouver, Canada, are seeing a rise in ADU construction, jumpstarted by a combination of zoning reforms, fee waivers, and outreach. Yet, by comparison, California cities are off to a slow start.

Cities can support the building of ADUs by reforming their zoning regulations (particularly minimum lot size and floor area), minimizing design review, and easing owner occupancy requirements. According to our survey of homeowners, the single biggest motivation to start an ADU project is the easing of land use regulations. Waiving fees, such as permit or utility connection fees, can also encourage homeowners to build. And cities that are seeing the most success are helping to create some excitement around and greater familiarity with ADUs, for instance by sponsoring tours and providing technical assistance.

Homeowners in Cascadian cities are building ADUs on their properties because of the flexibility these units provide; the majority use them for permanent housing, but they can also serve as a home office, a source of rental income, or shelter for a friend in need, depending on the circumstances. And they are easy to build, too: our survey found that for most, the entire process from design to construction took just 18 months or less.

But most importantly, ADUs are offering new pathways to affordability. They are not just affordable by design — the average ADU in our sample cost its owner approximately $156,000 to build; but also they tend to rent for below-market rates, whether rented to family and friends, or at arm’s length to strangers. Why do ADUs rent for less? It may be that they are relatively small – we found an average size of 631 square feet – or simply that homeowners are willing to forego higher rent in exchange for the flexibility ADUs provide. In any case, as affordable space, ADUs provide housing for small households of moderate means, ensuring that this market segment does not compete for precious affordable stock elsewhere. ADUs rightsize the market.

Once cities ease regulations and provide technical assistance, obtaining financing becomes the biggest challenge that homeowners face. To finance an ADU project, 30% of our study respondents used only their own cash and an additional 15% drew entirely on other personal resources such as credit cards. Among the remainder, 40% of respondents reported borrowing against the existing equity in their property, with the majority relying on credit unions or local or regional banks. Very few were able to borrow against the future expected value of the unbuilt ADU to help finance its construction.  To broaden this market, it will be essential for banks and underwriters to develop new lending products and protocols that recognize the value of ADUs and their potential for rental income, and increase lending to more homeowners for their production.

On January 1, 2017, California Governor Jerry Brown signed Senate Bill 1069/Assembly Bill 2299 into law, reducing important barriers to ADU development such as parking and sprinkler requirements, eliminating utility fees, and streamlining approvals. This was an important step to spurring construction. But to truly jumpstart the market, California cities will need to follow the lead of models like Portland in making the process more transparent and accessible. Cities and counties that take steps to educate homeowners (for instance, via ADU manuals) and work with entities such as CalHFA to develop new financing programs are likely to reap significant rewards in their backyards. 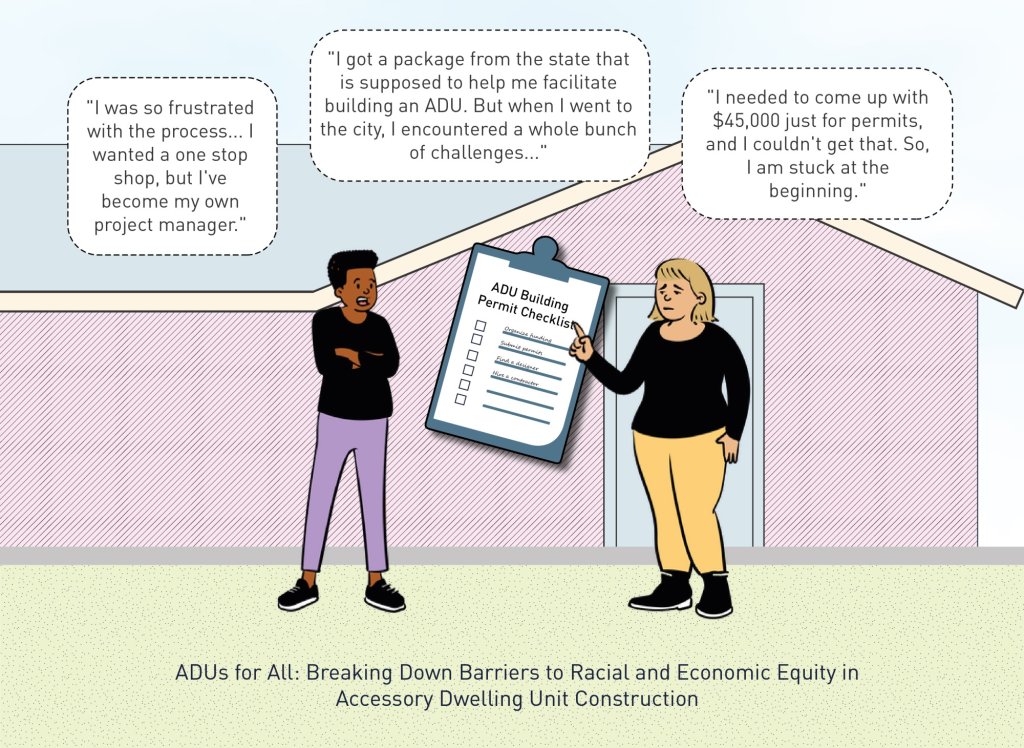 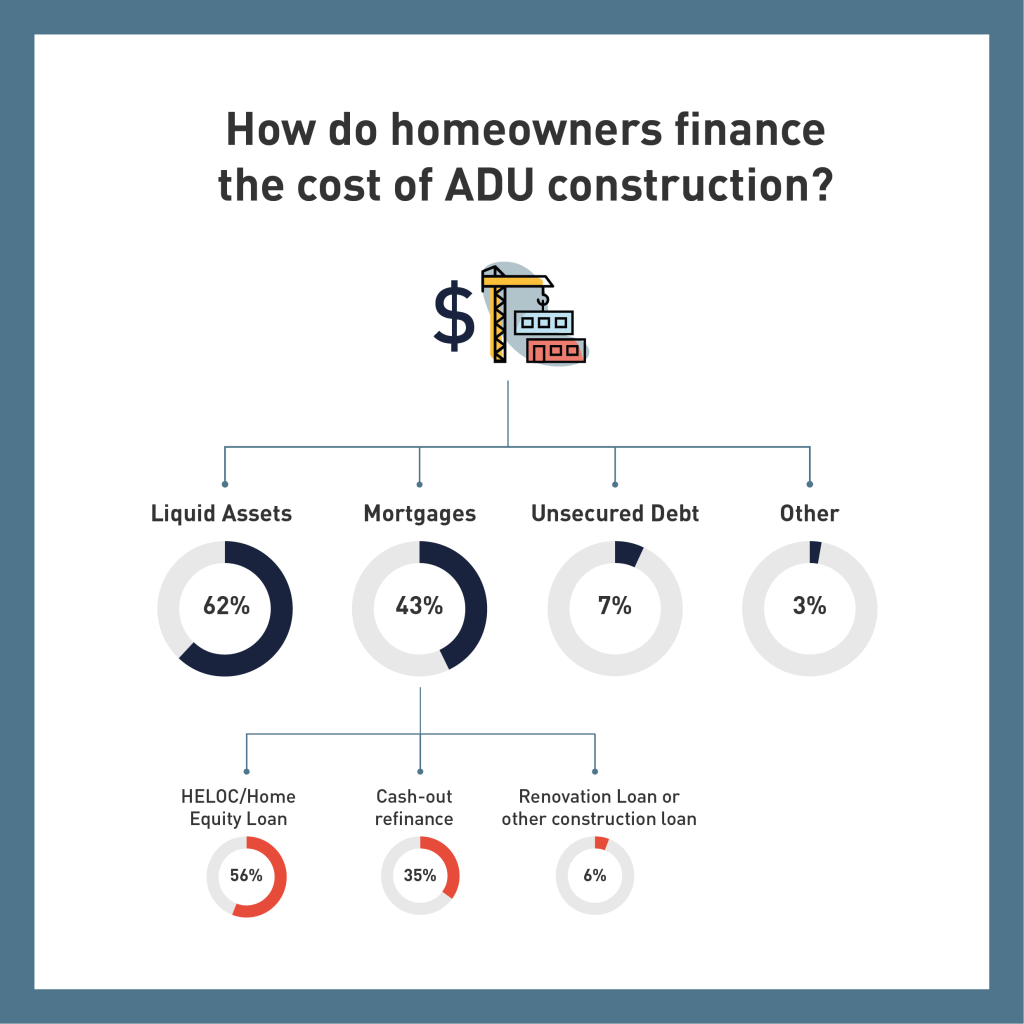 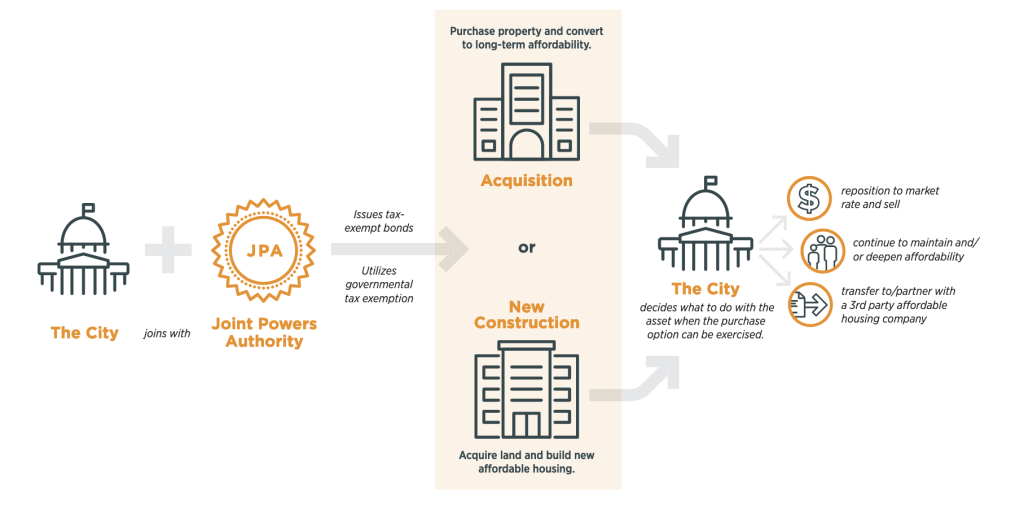